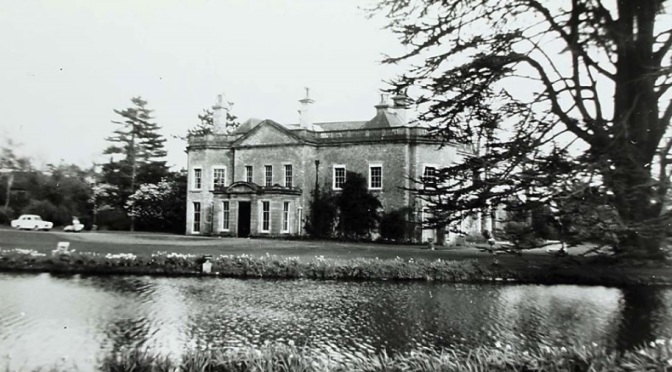 Hunton Court, near Maidstone, dates to the thirteenth century and the traditional framed farmhouse dating to the fourteenth century, with a large roof structure and three crown posts can still be found in the attic rooms.

The house has long been associated with the Bannerman family, starting with Henry Bannerman (1798-1871), descended from a Perthshire family of farmers and distillers who, by the 1820s, had graduated into cotton-trading and manufacturing in Manchester. The firm of Henry Bannerman & Sons dealt with cotton, calicoes, muslins and plain fabrics before diversifying into manufacturing cotton goods.

It was from this fortune that Henry Bannerman bought the Court Lodge estate in Kent in 1848, enlarging and remodelling the existing farmhouse, adding a Georgian façade, with central pediment, canted bay windows and balustraded parapet.

Henry Bannerman lived at Court Lodge until his death in 1871, leaving the estate to his wife, Mary, for life, and then to a nephew, Henry Campbell, on condition that he took the name of Bannerman, which he had reluctantly agreed to in 1872. He resided at nearby Gennings Park, part of the family estate, before moving into Court Lodge, renaming it Hunton Court, on Mary’s death in 1894.

Henry Campbell-Bannerman (1836-1908), the son of Sir James Campbell, a Glasgow merchant and Lord Provost, entered politics and became leader of the Liberal Party between 1899 and 1908, and Prime Minister between 1905 and 1908.

He died a few days after leaving office and the Hunton Court estate passed to his cousin, James Campbell-Bannerman, whose descendants remained until the death of Captain Michael Campbell Devas in 2007. The following year it was sold ‘in need of renovation’ and completely restored.