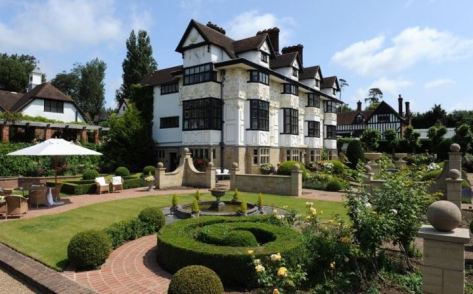 This Grade II listed country house is situated on the fringes of Epping Forest. The Wood House was built in 1895 on the Copped Hall Estate, inherited by Ernest James Wythes in 1887. He lived at Copped Hall, the Palladian mansion that was largely destroyed by fire in 1917. He initially moved to The Wood House on a temporary basis but stayed after abandoning plans to rebuild the fire-damaged house. The Wood House was constructed to the designs of Walter E. Tower and Charles Eames Kempe and is said to have been inspired by The Ancient House (also known as Sparrow’s House) in Ipswich, a property which features some magnificent pargetting on its exterior. Kempe was an eminent Victorian stained-glass designer and manufacturer and his studios produced windows for numerous cathedrals and churches. It is believed that the house has had several prominent visitors including Winston Churchill who is rumoured to have stayed during The Blitz. In more recent times it was home to singer Rod Stewart for more than thirty years.