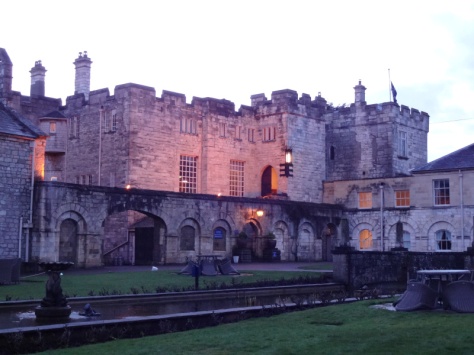 The approach to Hazlewood Castle meanders away from the busy A64, which runs between Leeds and York, and suddenly you emerge in a state of stillness. The building is not a castle in the traditional sense but is a succession of intelligent later additions. The front approach is typical country house but is heightened by battlements. The turret towers provide the evidence that this has been a cared-for building under successive owners.

A visit off-season, when visitors are few, makes it the proverbial haunted house with chilling stone dominance, ornamental fireplaces, gloomy panelled interiors and creaking floorboards. St Leonard’s Chapel stands serenely alongside to remind us of the castle’s religious pedigrees.

The story of Hazlewood Castle is one of a house rather than a castle. The Vavasour family lived here for 900 years with its earliest roots in Norman times. The Doomsday Book of 1086 gave it a mention and the devoutly Catholic Vavasours added priest holes in the turret tower and an underground passage to nearby Crossroads Farm. This was an attempt to protect practising priests – and certain death – from Henry VIII’s stand against the Roman Catholic church.

In common with many country houses at the start of the twentieth century Hazlewood Castle suffered with declining estate income. The family mortgaged heavily to generate cash and ended up with debts of £12,000. This resulted with Sir William Vavasour selling the castle in 1908. He moved his family to the Awatere Valley in New Zealand where they founded vineyards and a long tradition of wine making.

Hazlewood Castle  was bought by Edward Simpson, a solicitor, who remained there until 1953. During his tenure he added a front terrace and new entrance to the Great Hall (a medieval window was discovered here). Electricity was introduced in 1950-51. Between 1939 and 1953 part of the house was requisitioned by the Ministry of Health as a maternity hospital. Despite its remote location it proved popular with the ladies of Leeds and York who loved its rural surroundings. It is estimated that there were around 5,000 births over fourteen years. Simpson’s wife took an interest in the hospital but, on her death in 1951, an adjustment was needed on the existing lease which expired in 1953. A purchase was rejected by the health authority and the hospital closed its doors in June 1953. 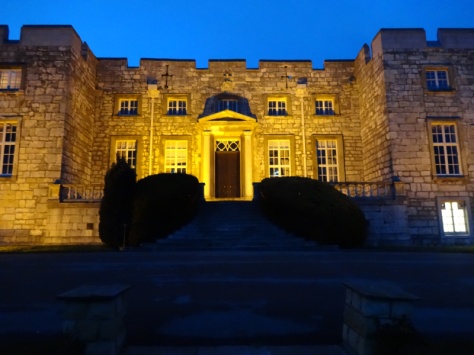 Richard Fawcett, a wealthy local farmer, bought the castle in 1953 and is featured, with his wife, proudly showing Hazlewood Castle off to Country Life readers in two articles that appeared in December 1957. Fawcett’s stay lasted just five years and in 1958 the house was up for sale again.

The purchaser this time was Donald Hart who had ambitions for Hazlewood Castle to become a retreat and pilgrimage centre. He later arranged with the Bishop of Leeds for it to become just that but it would be 1971 before it opened.  To avoid gift taxes the estate was bought by the Carmelite Friars but Hart was allowed to remain until his death the following year.

The retreat closed in 1996 and was sold to Brian and Andrea Walker who converted it into a luxury hotel. After extensive conversion it opened the following October with celebrity chef John Benson-Smith highlighting the importance of fine cuisine to its guests. It soon became a major wedding and conference venue but, according to Living North Magazine, it ‘wasn’t an unqualified success, with the heavy emphasis on quality cuisine deflecting from the castle’s other myriad charms’. 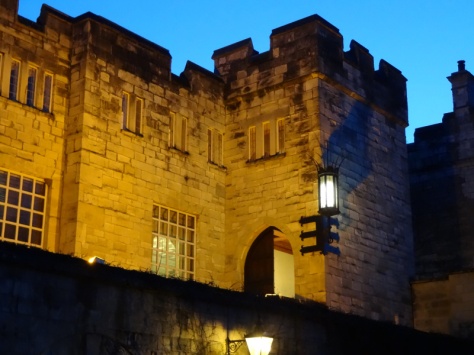 It was these charms that Ashdale Hotels, who purchased Hazlewood Castle in 2008, were keen to play upon. Publicity for the hotel tells tales of hauntings and spectral figures. There are even black cats looming out of dark corners. Throughout the hotel guests are reminded of its past with discreetly placed notices that would not look amiss in a National Trust property. It now contains 21 bedroom suites, 6 function rooms and the Great Hall holds 150 people.