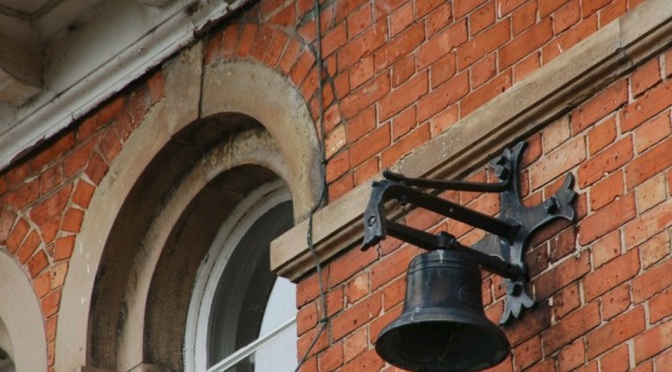 The descendants of  Sir Thomas and Lady Edith Dixon look on with anguish, as this Victorian country house, gifted to the people of Belfast in the 1950’s, falls into ruin.

Back in April 1956, the gift of Wilmont House, at Dunmurry, Co Antrim, might have seemed a blessing to Belfast Corporation. Lady Edith Dixon offered Wilmont and its 140 acres of land to the city, with the wish that it be used as a hospital, convalescent home or home for old people, and that the lands be used as a public park. The old lady was winding down her affairs, the only other stipulation was that she be able to occupy the house and lands for her lifetime, thereafter they should be managed by the Corporation for “the greatest good of the citizens of the city.”

Lady Edith died in 1964 and her wishes were granted. Wilmont House became a home for the elderly, a role it carefully fulfilled until closure in 1992. However, by now the old house was less of a good thing, and more of a burden for Belfast City Council.

By 2013, Wilmont House had been used for occasional events, as a parks office for the council and briefly as the headquarters for the Belfast Marathon. A proposal for a seven-year refurbishment was rejected, the house was too expensive to maintain, and the only viable option might have been to hand back Wilmont to the Dixon family.

Six years later, the situation hasn’t changed. Wilmont House has deteriorated, windows are broken and boarded-up, and the Grade B1 listed former country house is designated a ‘Building at Risk.’

Its sorry condition hasn’t gone unnoticed by the Dixon family. This week the Belfast Telegraph reports that Andrew Dixon (58), a great, great nephew of Lady Edith, has told Belfast City Council that it should make “alternative arrangements” if it cannot look after the stately home in its most famous park. ‘The family has watched on in horror as the derelict house in the grounds of Sir Thomas and Lady Dixon Park in south Belfast has gradually decayed since it was handed over to the council by his great, great aunt.’

It is suggested that discussions took place at Belfast City Council several years ago on the future of Wilmont House during which it was suggested the Dixon family should be contacted to discuss its future. According to Andrew Dixon that call never came.

The situation at Wilmont House is no different to many other country houses that ended up in the care of local authorities. A recent Country Life article on Oldway Mansion at Paignton, in Devon, reads remarkably similar, although on a grander scale.

Wilmont House was one of three houses that belonged to the Dixon family – the others being Drumadarragh House and Cairndhu, also in Co Antrim. Drumadarragh remains in the family, the seat of Lord and Lady Glentoran, but Mr Dixon fears that Wilmont might go the same way as Cairndhu in Larne, another property gifted by the family, presented to the Northern Ireland Hospitals Authority in 1947, which now lies in ruins.

Andrew Dixon might be frustrated by events at Wilmont, but Belfast City Council remains restrained over the situation. “We’re currently preparing an invitation for expressions of interest to go to the market to seek a suitably qualified developer for the restoration and regeneration of Wilmont House, to bring it into a new use. As part of this, we’re pursuing efforts to get in touch and engage with the beneficiaries of the will of Lady Dixon.”

For now,  Wilmont House is surplus to requirement and only time will see how it emerges from a distinctly despondent period.

The house was built in 1859, ‘a plain two-storey red-brick Victorian house, with a three-bay front and balustraded porch.’ It replaced a 1740 property built for William Stewart, the son of John Stewart of Ballydrain, an important farming family.

In 1855, the estate had been sold to Alexander Mackenzie Shaw, a Belfast brewer, but he was quickly forced to sign over the property to the Northern Banking Company in lieu of debts of £12,505. About 1858, it became the property of James Bristow (1796-1866), a director of the aforesaid bank, who demolished the run-down old house and substituted it with the present mansion designed by Thomas Jackson, one of Belfast’s outstanding architects.

According to historian Eileen Black, Wilmont House was really a house of two-halves. One part was occupied by James Bristow, the other by his son, James Thomson Bristow (1827-1877), another banker.

Following J. T. Bristow’s death in 1877 the estate passed to his trustees, William Laird of Birkenhead, and his brother, Samual Smith Bristow of Liverpool, and was sold in 1879 to Robert Henry Sturrock Reade (1873-1913), of the York Street Flax Spinning Company. After his death, Wilmont passed to his son George who sold it to Sir Thomas and Lady Edith Dixon in 1919.

Sir Thomas Dixon (1868-1950), Privy Councillor for Northern Ireland, and a well-known figure in Irish and British racing circles, belonged to a family of shipowners and timber merchants who had been among the founders of modern Belfast.

His father, Sir Daniel Dixon, 1st Baronet, was the first Lord Mayor of Belfast and MP for North Belfast, half-brother to Lord Glentoran, president of the Ulster Unionist Council.

Thomas Dixon entered the business of his father, Thomas Dixon & Sons, timber merchants, and owners of the Lord Line Shipping Company of which he was a director. On the death of his father in 1907 he became managing director, a position in which he remained until the closing of the firm in 1938. (He was also a director of the York Street Flax Spinning Company).

When Larne was created a Borough in 1939, Sir Thomas was elected its first Mayor. He was a Senator until 1949, was a member of the Ulster Unionist Council from its inception and was appointed to the Privy Council in 1930.

He died in Harrogate in 1950 and was survived by Lady Edith Dixon (1871-1964), formerly Miss Edith Stewart Clark, daughter of Stewart Clark, of Cairndhu, and Dundas Castle, South Queensferry, whom he married in 1906.

Lady Dixon was appointed a Dame of the British Empire in June 1921, in recognition of her valuable work on behalf of all the services during World War One.

For the time being, Wilmont House must live with its memories. To the time when Captain Robert Falcon Scott, the famous Antarctic explorer, visited during his stay in Belfast in 1904. To 1934, when it became the temporary residence of the Governor of Northern Ireland when Government House at Hillsborough was damaged by fire, and to the Second World War when it was the headquarters of the American Army in Northern Ireland.

The last word goes to Andrew Dixon and the uncertainty over Belfast City Council’s ownership of the property: –

“They have said they would like to talk to the family. I have plenty of ideas on how it could be used and surely that’s more preferable than letting it go to ruin. I and my father Robin Dixon, Baron Glentoran, have already watched how another of the properties at Cairndhu in Larne has been handled and I would hate to see Wilmont House go the same way,” he said.